ISIS is continuing to commit crimes against humanity on a large scale, including mass executions using a variety of means.

After burning prisoners alive, beheadings, crucifixion, drownings, and blowing up victims’ heads with explosives, the jihadist group has now used a tank to run over a man.

The Syrian human rights organization al-Marsad reports that ISIS made avideo in which a 19-year-old in the Syrian Air Force Intelligence Directorate “confesses” to running over three ISIS members with a tank. A member of the jihadist group then pronounces his sentence, that he is to be killed by a tank in return.

The victim is tied down and placed on the street in the group’s traditional orange prisoner uniform. A tank then rolls in his direction and crushes him under its treads.

A new video purportedly released by the Islamic State shows an alleged soldier with the Syrian Arab Army (SAA) being run over by a tank driven by an ISIS militant. The video was released on October 24, 2014 and is titled “And If You Punish [An Enemy, Oh Believers], Punish With An Equivalent Of That With Which You Were Harmed.” It is stated to have been filmed in “Wilayat Homs”, or “State of Homs”, an ISIS-occupied region of Syria.

In the video, the alleged SAA soldier, who is allegiant to President Bashar al-Assad, is shown being interviewed by ISIS while dressed in an orange jumpsuit. According to ISIS, the man “confessed” to having run over dead bodies of Islamic State fighters with tanks. The footage then jumps to the man, shackled with a tank driving at him. He jumps in front of the tire, perhaps to expedite his execution.

According to the Syrian Observatory for Human Rights (SOHR), the man killed was Fadi Amr al-Zaydan, 19, from the village of Sian in northern Latakia, Syria.

Graphic pics: ISIS executes man by running him over with armoured tank 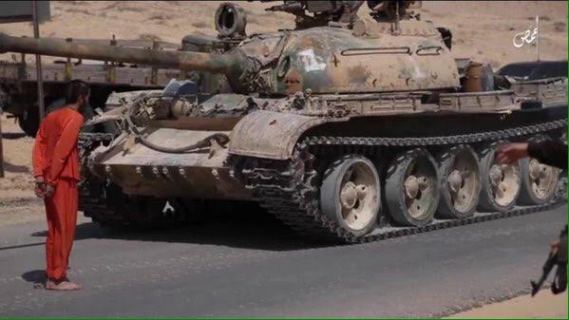 My goodness! Everyday these terrorists look for more barbaric ways to kill people. But why not run, why stand there and wait for an armoured tank to crush you? The worst they will do is shoot you dead if you keep running…and is that not better than this? The photos are horrific. Continue… 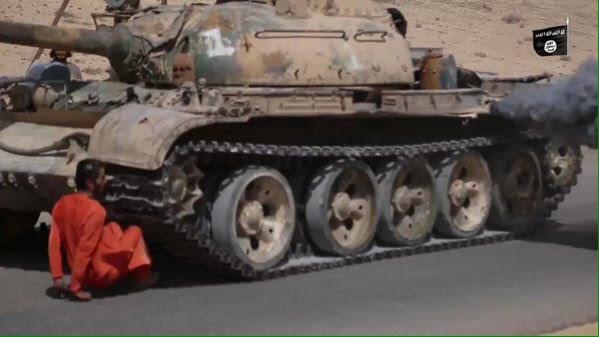 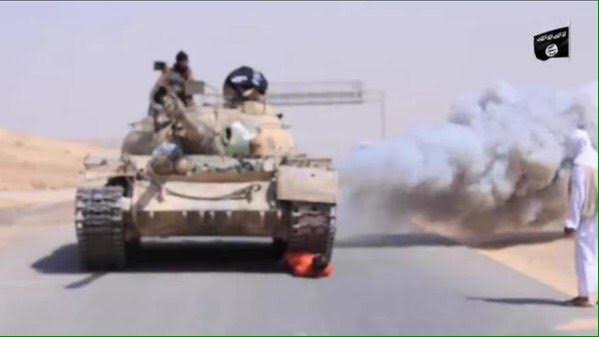 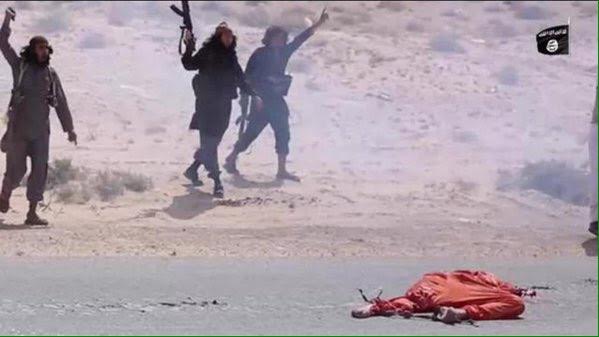