Islamic State leader Abu Bakr al-Baghdadi approved a beheading of a woman as a wedding gift for a female religious judge, a defector from the terrorist group told Daily Mail in an exclusive interview, also describing other atrocities committed by the militants.

A female Sharia judge, who lost her husband in a fighting and had to marry again under Islamic State (IS, formerly ISIS/ISIL) law, demanded to kill an“infidel” – an unbeliever – as a present for her wedding, the interview reveals.

The Group’s leader al-Baghdadi allegedly satisfied her request, although, insisting she could claim only the life of another woman as affairs between men and women are strictly segregated in the Islamic State.

The woman who spoke to The Daily Mail said she used to work for a number of Sharia female judges in an Islamic State court in the Syrian town of Mayadin, before she ran away from the extremist group’s atrocities. She says the last judge she worked for was the one chosen for the wedding day beheading.

“A Tunisian [female judge], Roaa Um Khotaba al-Tunisi, asked the emirs to cut off the head of a kuffar, an unbeliever, for her wedding present. At about the same time my judge, Um Abdullah … had been accused of being a spy, working for the Saudi Intelligence Services,” the defector, whose real name was changed to Leena in the article for security reasons.

According to Leena, the punishments for women administrated by IS courts ranged from fines for wearing ‘non-Islamic’ clothes and whipping or beating for conversations with strangers to cutting off limbs for theft, stoning to death for extra-marital affairs and beheading for treason.

“A woman was arrested for talking to a man in a shop,” although it was actually her husband she talked to.

“She was brought before an Egyptian judge … [who] sentenced the Syrian woman to a terrible beating. She was whipped like an animal – 80 lashes, in the main square in front of everyone.” And when her husband “proved that she was his wife … it was too late,” Leena said.

As another example of Islamic State atrocities, Leena told The Daily Mail about IS courts sentencing a girl to death on charge for spying because she had only complained about her life in the Islamic State to her sister living in Damascus in a WhatsApp phone message.

“It was nothing more than murder. They said she was connected to Assad’s regime, a spy. The girl had just been telling the truth,” Leena said.

In two years when Leena worked in an Islamic State court, she witnessed “countless whippings and beatings” also recalling three amputations and one beheading, all of which were administrated by the Islamic State voluntary executioners in the main square of the settlement.

Additionally, she said that Islamic State uses children “corrupted by the strict laws and vicious punishments of the Hisbah” as informants: “Some of the Hisbah patrols had children as informers, children as young as eight. They would be paid to spy on other children.” 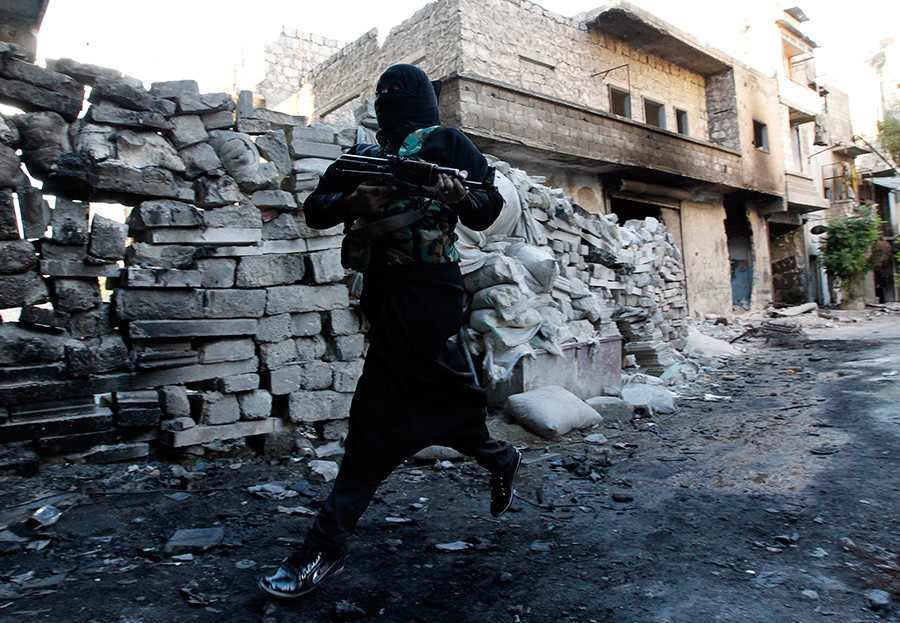 Leena also recalled the fate of Yazidi women captured after the massacre in the Yazidi settlements seized in an IS offensive in August 2014.

“The emirs had captured maybe 200 Yazidi women but by the time they brought them to us there were about 100.” Those, who had not converted to Islam, “were given to local fighters – to do with them whatever they wanted – sex, beating, death,”she said.

At the same time Leena acknowledged that “ISIS’s hardline brand of Islam” initially appeared to be very attractive both for her, her family and her community as it was “romantically painted as the true path for a Muslim.”

“I gave ‘bayah’ [an Islamic oath of allegiance], I joined ISIS, working for the Hisbah in the section that dealt with women,”Leena explained.

She was then sent by the Hisbah to the Islamic State training camps for women to spy on those “saying they did not like ISIS.” The women she reported to religious police were later sent to the Sharia Court where they were sentenced to beating.

The things Leena witnessed while working in a Sharia court convinced her to flee the Islamic State.

“I feared I would be next, be beheaded,” Leena explained, adding that she “was horrified by what [she] saw, the brutality and corruption.”

She and her family fled to Southern Turkey, where they live in constant fear of being found and executed by IS members, as they change addresses every several days.

Meanwhile, IS militants killed at least 120 people and captured 350 more in the northern Iraqi city of Mosul, according to the Iraqi Ninawa province governor in Mosul, Atheel al-Nujaifi.

“With the people increasingly opposed to Islamic State power, the number of those executed and kidnapped is rising in different parts of the city,” al-Nujaifi said as quoted by DPA.