The controlled media has deliberately blacked out mass German opposition to the ‘refugee’ invasion of Europe, with the latest such example being the huge rally held in Dresden on September 21.

The rally, attended by tens of thousands of ordinary Germans, men, women and children—accompanied by a smattering of other European nationalities—filled the entire city centre, but news of this possibly biggest ever public opposition to Angela Merkel’s treasonous policies was covered in a highly negative fashion by some German media, and completely ignored by media outside of that country.

The MSM clearly fear the possibility of ‘contagion, with awareness of the scale of the protests in turn encouraging them to grow in other countries. Here are just a few of the pictures that the Lying Press here won’t let you see:

The German coalition government has been shaken to its core by the announcement by Bavarian Christian Socialist Union (CSU) party leader Horst Seehofer, who is also prime minister of that state, that he supports Hungarian Prime Minister Viktor Orban’s move to close the Hungarian border.

The CSU is Angela Merkel’s most senior coalition partner, and Seehofer’s open split with her on the topic is the clearest indication yet of a potential crack in the German government over the issue.

In an interview with the IngolstadtDonaukurier, the CSU chief openly criticized Merkel, saying that “I would not have taken the decision to let the refugees from Hungary to enter Germany and I still maintain that. That was a mistake that must not be repeated.” 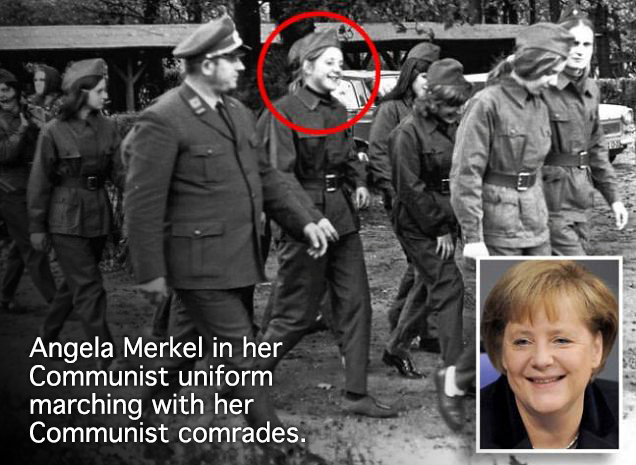 This video shows the scene at the very end of the protest. With the far-left and police shocked into good behaviour by the sheer size of the crowd, the demonstrators sang a huge chorus of their national anthem before dispersing peacefully. They’ll be back next week, with all concerned aware that it was popular protest in Dresden that played a key role in bringing down the last destructive tyranny that Angela Merkel was involved with – the old Communist dictatorship in East Germany.